The keynote speaker at the “Patriots’ Day” Celebration at the Freedom Leadership Conference sponsored by Gun Owners of America next Thursday night, is no stranger to conservative causes.  GOA Executive Director Emeritus Larry Pratt has been a past speaker at the conference and before conservative audiences from coast to coast for dozens of years.  At the time serving as GOA Executive Director, Pratt spoke to an audience of nearly 100 at the Marco Polo Restaurant in Vienna, Virginia on May 15, 2013.  But his remarks reached 2,579 more people when the recording was placed on youtube, click above or HERE. 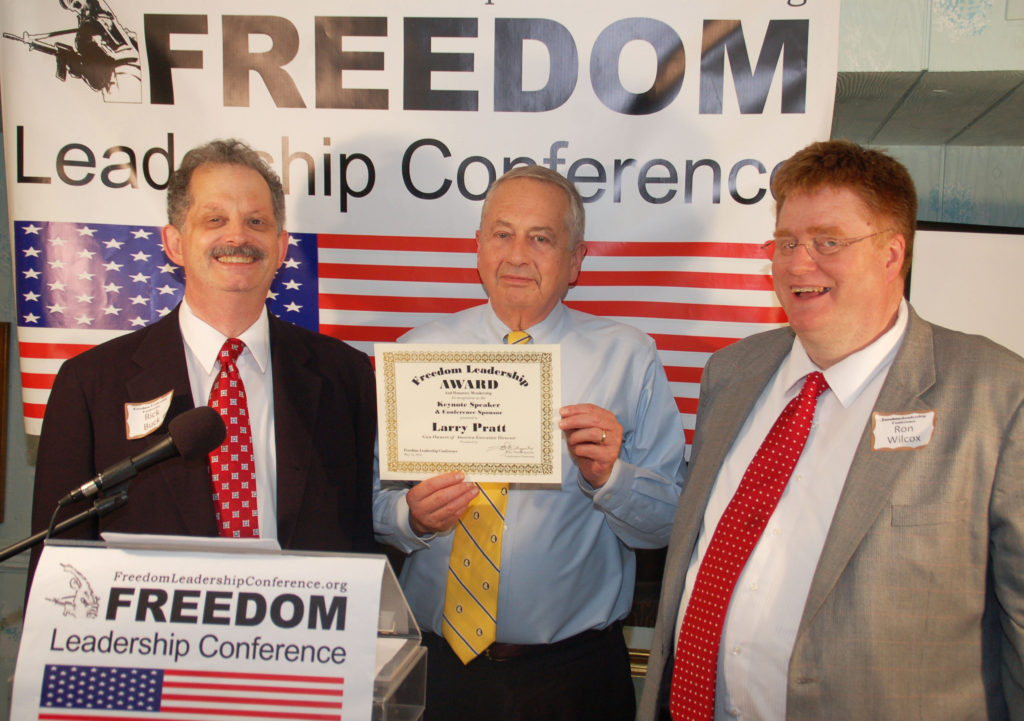 Larry Pratt’s keynote remarks to that 2013 Freedom Leadership Conference, sponsored by his Gun Owners of America, criticized attempts to take guns away from citizens as just one example of how the liberal-left in America wants to ignore Constitutional restrictions on government power.  As we have said, it isn’t just about guns.

In his 2013 remarks, Pratt blasted the liberal elite attitude that only they know what is best for Americans, tipped his hat to the rise of the “anti-media” popularly known as “the new media” or social media, gave credit to the direct mail experts who started “the rise of the right” in America and pledged to continue to fight those who would suppress American conservatives.

Pratt, whose son Erich has taken over his duties as GOA Executive Director, remains very active as an advocate for freedom and gun owners rights.  At the time of his 2013 remarks, The New York Times had complained “Gun Owners of America (has) spent the months since Newtown (the shooting) doing tremendous damage,” insisting that expanded background checks will lead to a gun registry.

The video mentioned above is in two parts – don’t miss the 2nd part HERE.