The Virginia Citizens Defense League was announced today as a co-sponsor of the Freedom Leadership Conference for next Wednesday, October 12, 2016 at the Fair Lakes Marriott Residence Inn, Fairfax, Virginia from 7 to 9 PM with their President, Philip Van Cleave, delivering remarks as a principal speaker.

Van Cleave and members of his Virginia Citizens Defense League filed a defamation lawsuit several weeks ago on September 13 against Katie Couric and other responsible parties for their film “Under the Gun” in Federal District Court.  The phony “documentary” made it appear that VCDL leaders were totally stumped by Katie Couric’s question about background checks – with a long pause indicating their confusion and inability to answer.  The only problem was, it was totally false – they had immediately responded but the film was edited to falsely make them look stupid. 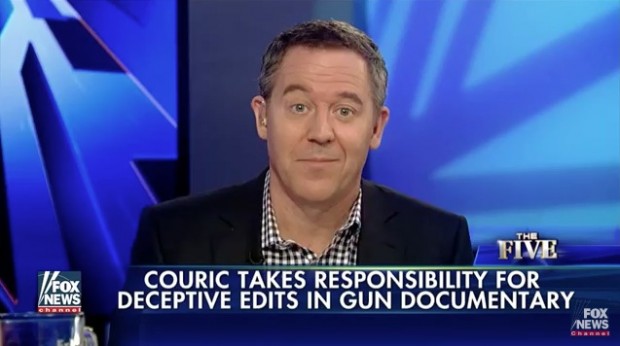 As reported on the VCDL website, “Couric has publicly admitted that the film was misleading and misrepresented VCDL, but the filmmakers refuse to fix it or to stop promoting and distributing it.”

In addition to discussing the lawsuit in the second half of his presentation next Wednesday, Van Cleave will focus on how the November 2016 election just weeks away from this conference date will be a turning point for those interested in gun rights and the second amendment.

Conference leadership echoed Van Cleave’s call for support, noting that if liberals through action by Mayors and Governors and a President to simply nullify the second amendment are successful, then the entire Bill of Rights and its prohibition on government encroachment of our freedoms is put at risk as well.

Van Cleave will focus on four major points in his address at the Freedom Leadership Conference.  First, the demand by liberals for universal background checks is a major milestone on the way to universal gun registration and should be opposed.

Third, Van Cleave will focus on how the federally created and secretive “terror watch list” is a massive government over reach with none of the required Constitutional safeguards people should expect when the government accuses anyone of wrongdoing.

And finally, Van Cleave will focus on the endless executive branch infringments on our liberty and how President Obama has literally “made up law” since he has been unable to persuade the Congress to give him the authority he wants.

All of these issues will be very much decided by who wins the 2016 election, will be the central point of the presentation by the President of the Virginia Citizens Defense League at the Freedom Leadership Conference.

The Black Robe Regiment of Virginia was announced yesterday as a co-sponsor of the Freedom Leadership Conference next Wednesday, providing two speakers: Founder and CEO, Rev. William Cook and his wife Judy, who founded the pro-life group, Josiah Project.

Judy Cook will speak about the successful “40 Days for Life” initiative, involving 40 days of prayer vigils at abortion clinics throughout America, asking God to shut them down, to soften the hearts of the mothers going there to kill their babies and praying for them to turn away from these abortion clinics, accept the help offered, allow their baby to be born and put the newborn up for adoption with a loving family.

Rev. Cook will focus on the moral and spiritual meltdown in America, its implications for the future of the Republic, and ways pastors and their congregations can effect a significant change in the spiritual direction of America, and at the same time, “secure the blessings of Liberty to ourselves and to our Posterity. Rev. Cook will also focus on the turning point America faces in the election just weeks from this October 12 conference.

The 7 to 9 PM Conference is free but an advance RSVP is required due to limited space (no admittance without RSVP, do it HERE).