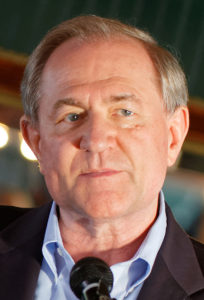 Diane Cullo, National Director, speaking on Foreign Money and American Politics in behalf of co-sponsor organization, Take Back Our Republic

Ronald Reagan Lecture Series will co-sponsor for the first time, presenting Agustin Blazquez, who was born in Cuba and left at age 21.  He resided in Montreal, Paris & Madrid, then came to the US in 1967.  He was stunned by the inaccuracies of the US Media about Cuba, and began writing.  Mr. Blazquez has shared his keen insights in 300+ articles and 200+ documentaries & films.  He delivers a first hand account of the differences between the American freedom system and the slave system where he grew up.

Uniformed Services League will present former candidate for Supervisor in Fairfax, John Guevara, a former officer in the U.S. Army Reserves, to speak about the terrible past treatment of our veterans under the Department of Veterans Affairs of President Barack Obama and what President Trump and the Congress should be doing to improve this treatment.  USL is a past and repeated co-sponsor of the Conference.

Gov. James S. Gilmore will speak again as the Conference Keynote Speaker to focus on Homeland Security Recommendations, with the higher level SPONSOR of the conference, U.S. Intelligence Council, the original founding sponsor of this conference 17 years ago when it was called Western Conservative Conference on the west coast.  The USIC Projects Director, Richard Buck, will introduce the speaker.  Mr. Buck is also the conference Event Coordinator.

Advance Reservation Required, no admission without it, click here RSVP.

The Conference Flyer is on this website right hand side, near the top.