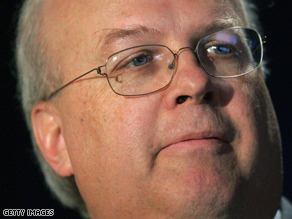 Should Karl Rove or Piers Morgan get the first “Saul Alinsky Leftist Smear of the Month” award at this Wednesday Conference?

The founder of a new super PAC created to stop conservatives from winning Republican nominations to run for U.S. Senate and U.S. House of Representatives in the 2014 off-year elections has been nominated to receive the first “Saul Alinsky leftist Smear of the Month” award at the Freedom Leadership Conference in Northern Virginia this Wednesday, February 13.

Karl Rove earned the nomination because of his recently announced plan to use liberal donors’ money to thwart conservatives by smearing them during primaries, enabling the more liberal candidate to win those races.  His plan is so controversial that he was forced to split off and form an “offshoot” (ie. splinter) group, from his American Crossroads “super” PAC – the so-called “Conservative Victory Fund.”  A spokesman for the new group has admitted to media sources that many (perhaps most we hasten to add) of their donors refuse to contribute to an organization dedicated to attacking conservatives in GOP primaries.

Last week, Piers Morgan was nominated for the “Alinsky Award” because of his constant smear of conservatives on CNN, especially his recent name-calling, rude treatment and interruptions of his guest Larry Pratt, Executive Director of Gun Owners of America (GOA).  Pratt will speak at the May 15 Freedom Leadership Conference sponsored by his Gun Owners of America.

The nomination of Piers Morgan was announced in this space last week, see earlier article HERE.

The Wednesday, February 13 conference is being sponsored by GrasstopsUSA, which will provide its own President for keynote remarks entitled “Benghazi vs Watergate: What Difference Does it Make?” – see earlier announcement HERE.

Karl Rove’s recent announcement of his new “super PAC” is aimed at making sure more liberal candidates are the GOP nominees for Senate and House as the campaigns kick off next year.  The GOP needs six Senate seats to take away control of the U.S. Senate seat from Obama ally Senator Harry Reid.

Leaders of the Freedom Leadership Conference note that there is nothing new in what Karl Rove is proposing, with the usual arguments that liberals always use being treated in the media as a great new idea: they say we need more liberal GOP nominees in order to win, and that if GOP primary voters keep choosing conservatives, then we will never win.

“They said that about Ronald Reagan too, right up until he won a landslide election – and Karl Rove was in the forefront of those people saying this in 1976 and again in 1980.  As Chairman of the College Republican national committee he never failed to support the more liberal candidate available in any GOP primary including against Ronald Reagan.”

Karl Rove is now in the news expressing his concern that GOP primary voters have been making a big mistake voting for conservative nominees for Senate and Congress.  But that is what liberal Republicans and their news media allies have always said, all the way back to when they sabotaged GOP Presidential nominee Barry Goldwater for President in 1964.

Liberals have always tried to smear conservatives in GOP primaries, and then after their more liberal candidate loses, they have sabotaged the conservative GOP nominee.  Dressing up the same tired old rhetoric with the new name “Conservative Victory Project” and calling the same old smear campaigns the new name this week, “vetting of candidates” changes nothing.

Karl Rove’s American Crossroads emerged as the biggest spending “super PAC of during the 2012 election campaign, but 98% of their candidates lost.  We can see why he would be frustrated.  But spending enormous sums of campaign money smearing conservatives is hardly going to improve their lousy track record.

And most critically, any candidate supported by Karl Rove and his allies should be the LAST candidate any conservative would ever support.

Despite the popular choice of Karl Rove, Piers Morgan remains a serious contender for the “honor” of winning the first “Saul Alinsky Leftist Smear of the Month” award at the February 13 Freedom Leadership Conference.

The new monthly award is named after the leftist Saul Alinsky, who detailed tactics to beat conservatives in his book, Rules for Radicals.

Those Alinsky tactics notably included his recommendation to smear and demonize conservatives rather than discuss issues.  These tactics were taught by Instructors such as Barack Obama at his Alinsky Institute in Chicago.  Hillary Clinton wrote a college term paper about those tactics – which were employed by her and her boyfriend Bill Clinton as leftist leaders campaigning for radical McGovern for President in 1972.

To indicate your support for Piers Morgan or for Karl Rove to win this award, or to nominate someone else, you may write to LeftSmear@FreedomLeadershipConference.org.

Freedom Leadership Conference, originally formed as the Western Conservative Conference and held annually, has had 58 conservative cause organizations and publications as co-sponsors over those years.

Private Conference meetings are now held monthly in Northern Virginia since 2012 for members and provisional members only.  If you are already a member or provisional member you may write to hold a seat for you at the conference.

If you wish to be considered for membership you may write to request an application at RSVP@FreedomLeadershipConference.org.

“David Denholm, President of Public Service Research Foundation, will announce the first of the new ‘Saul Alinsky Leftist Smear of the Month awards at the Freedom Leadership Conference this Wednesday.  A founding member of the new monthly conference series, David has spoken at each of the monthly functions since they started in 2012.

This entry was posted in Conference Announcements, Saul Alinsky Award. Bookmark the permalink.