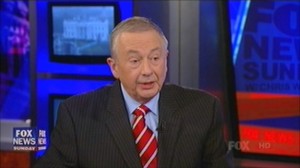 Larry Pratt will blast the new campaign by the Obama Administration to curtail gun ownership and gun owners rights in America as the keynote speaker at the Freedom Leadership Conference on Wednesday, May 15 in Northern Virginia, sponsored by Gun Owners of America (GOA).  Pratt is GOA Executive Director, and has been a frequent guest on national TV and radio talk shows, especially in the past several months.In recognition of their effectiveness, the New York Times complained “Gun Owners of America (has) spent the months since Newtown doing tremendous damage, insisting that expanded background checks will lead to a gun registry.”

Congressman Steve Stockman echoed the sentiment of conservatives when he responded, “it’s quite a compliment when the New York Times thinks that you are doing tremendous damage”

Congressman Stockmen went on to report the bad news: “the Obama Administration is trying to unilaterally undo… the ‘damage’ that all of us inflicted together.

Larry Pratt’s keynote remarks on Wednesday will help focus attention on how the Obama Secretary of Health and Human Services, Kathleen Sebelius, have drafted new regulations which would eliminate all federal privacy laws and make doctors report their patients who are gun owners.

There will be no court order, no hearing and no right to defend your constitutional rights.  If the Obama Administration has its way, a simple message from any doctor to the federal government and poof, our 2nd amendment right to keep and bear arms is just eliminated.

Already on the chopping block for having their rights eliminated is any military veteran who sees a psychiatrist.  Already, over 165,000 military veterans have lost their gun rights because they made the mistake of seeing a Veterans Administration shrink – and that is Clinton-era regulations.

What has already happened to military veterans is already starting to happen to civilians.  New York recently passed the safe-sounding SAFE Act, and unilateral seizure of private gun owners weapons is already underway.

There are already reports of guns being seized just for “seeing a therapist for anxiety” and being “prescribed an anxiety drug.”

This is the future for all Americans – we will literally have “big brother is watching you” take place and fully empowered to take your guns away without even a hearing or “due process of law.”

And, once it becomes that easy to ignore our second amendment rights guaranteed under the Constitution and its Bill of Rights what will happen to our other rights?

This Wednesday Larry Pratt will focus on the defense of the 2nd amendment in his keynote remarks to this monthly Freedom Leadership Conference.  But more important, Pratt will show why all Americans should stand together to defend the very idea of keeping the government constrained from violating our constitutional rights (see recent article at their website, HERE).

This promises to be one of the most exciting meetings of the past year in the new monthly series of Freedom Leadership Conference.  While his remarks will be posted on this website (video link to youtube and full text of remarks) it is best to actually be at the conference to both lend support and to meet and greet Larry Pratt, and thank him for the “damage” he and GOA have done to the Obama assault on our freedoms.

For those who wish to attend as a Provisional Member of the Conference at 7 PM you may write RSVP@FreedomLeadershipConference.org.  The Conference begins with a half hour coffee and dessert social and adjourns at 9 PM.

New Conference Provisional Members pay no dues and upon approval of their application may attend one or more meetings before deciding if they wish to become full members (for which there are also no dues).  A modest $5 voluntary donation is requested at the door to pay meeting expenses.  Gun Owners of America, as this month’s conference sponsor, has chosen to pay for an “upgrade” meeting location.

For those who are already members of the Freedom Leadership Conference, they are invited to participate in the Leadership Council dinner with the keynote speaker, Larry Pratt, at 5 PM, but an RSVP is required.  Those members may use the invitation response already sent to them or may write to RSVP@FreedomLeadershipConference.org to reserve their spot at dinner (and to inquire of the location if they have misplaced what was already sent to them).

There are still two open spots for conservative, patriotic or defense organizations to sponsor one of the monthly Freedom Leadership Conferences for 2012.   There is no fee or other financial obligation or requirement for sponsor organizations.  Please write to us if you are interested.