Senate and House respond, demand answers from Obama after Conference sponsored by GrasstopsUSA

Christopher Carmouche’s demand (full text HERE, video HERE) at the February Freedom Leadership Conference for more questions to be answered by the Obama Administration after the murder last September 11 of four Americans, including the Ambassador, is finally being addressed by Congress, most recently in yesterday’s hearings in the House of Representatives with three whistleblowers giving searing testimony contradicting the “party line” coming out of the Obama White House and the State Department of now departed Hillary Clinton. 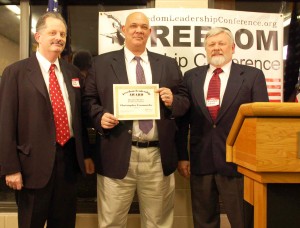 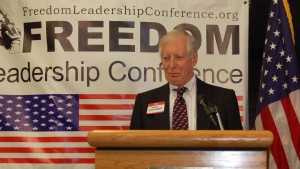 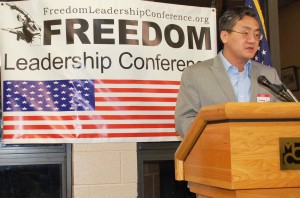 Larry Liu addresses the conference about the September 11, 2013 conference where he will be the keynote speaker and will speak for the conference sponsor on that date, U.S. Intelligence Council, at a private screening of the new movie, Free China: The Courage to Believe (about the persecution by Communist China of his Falun Gong religious sect). 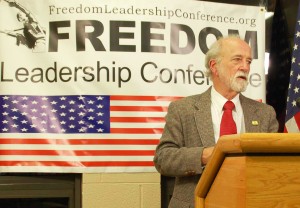 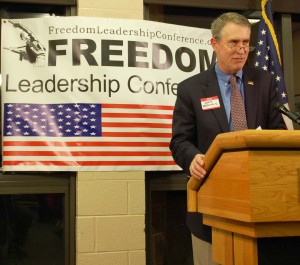 John Medaris of Exit-Advantage Realty in Fairfax, VA has been a strong supporter of the Freedom Leadership Conference and has also spoken at all of the monthly conferences since late 2012.

(The next meeting features Larry Pratt, President of Gun Owners of America, which is the Conference sponsor on Wed., May 15, 2013 at 7 PM – write to RSVP@FreedomLeadershipConference if you want to attend).  http://gunowners.org/

The U.S. Senate voted to refuse cloture to shut down Republican demands led by U.S. Senator Lindsey Graham (R-SC) which echo many of the demands of GrasstopsUSA articulated by their President, Christopher Carmouche, in his keynote remarks at the Wednesday Conference sponsored by the grassroots conservative organization.

Conservative Senators backed the demands for answers to the questions raised by Christopher Carmouche in his keynote remarks at the Wednesday, February 13 Conference sponsored by his grassroots conservative organization, Grasstops USA.

The argument between conservative Senators who echo the demands at the Freedom Leadership Conference continued on the “non-mainstream” Sunday TV talk shows, ie. , Fox TV News, demanding answers while the Administration continued to claim it was all just politics by Republicans.

The stalled nomination of Secretary of Defense Chuck Hagel has already resulted in the President yielding by answering one of the many unanswered question as to how four Americans died during a 7 hour battle in Libya while their calls for help were ignored by a nearby U.S. Aircraft Carrier and by other nearby U.S. Forces which could have responded within one hour of the attack.

After a variety of Administration officials answered the call to testify under oath before the Congress – including (at last after all the stalling) outgoing Secretary of State Hillary Clinton – it became very clear that no one was going to explain why the President and his U.N. Ambassador Susan Rice lied in telling the American people that the attack was in reaction to a youtube video that nobody said they’d even watched.

Nor has anyone suggested why this was said.  No one has confirmed what Ambassador Rice said, nor denounced it.

However, after the U.S. Senate refused to shut off the Republican led filibuster blocking confirmation of Secretary of Defense designate Chuck Hagel, some questions were finally answered almost immediately (in less than 24 hours).

President Obama has now admitted that he made no phone calls to any Libyan leader on the night of the Benghazi attack of 9/11, after he admitted he had been briefed within one hour about the attack.

In fact, it appears that after one discussion initiated by Secretary of Defense Leon Panetta, the President took or made no other phone calls, including no followup calls to check on the safety of the Americans under attack to Panetta nor any calls whatsoever that eveniong to Secretary of State Hillary Clinton.

And there are no answers to the question as to why did the FBI interview the survivors of the Benghazi attack many months ago – well after the attack – but they still refuse to allow Senators to see the transcript of those interviews or allow them to be called before the Senate (which could also be done in secret session).

House of Representatives Gets into the Act

Yesterday the Government Oversight & Reform Committee of the U.S. House of Representatives followed up on the start made by the U.S. Senate by holding a hearing with testimony from three “whistleblowers” who confirmed many of the suspicions voiced by the Grasstops USA President, Christopher Carmouche, at the February Freedom Leadership Conference.

The Obama Administration made three different major mistakes on Benghazi, concerning the events surrounding the death of the U.S. Ambassador to Libya, Christopher Stevens, and three American heroes who rescued dozens of fellow Americans and died as heroes trying to rescue the U.S. Ambassador.

The Obama Administration and the then Secretary of State Hillary Clinton’s mistakes were: (1) they refused calls to improve security for the endangered U.S. mission in Libya, they did not send help during the seven hours of battle that killed four Americans and finally, they lied about their mistakes in a coverup after.

The Freedom Leadership Conference series also has a monthly “Saul Alinsky Leftist Smearing Conservatives Award,” named after the hardcore leftist whose books and Chicago instruction course taught how to “demonize” conservatives rather than debate them.  Barack Obama was one of his Instructors.

2013 “Alinsky” Award recipients so far include CNN’s Piers Morgan for his personal insults to conservative Larry Pratt of Gun Owners of America who appeared on his TV talk show.  Pratt is the guest of honor and will delivery the keynote remarks at the May 15, 2013 Freedom Leadership Conference, sponsored by his Gun Owners of America (which he serves as Executive Director).

A second “Saul Alinsky Smearing Conservatives” award was recently given by the Conference to Peter Bergen, also of CNN, for suggesting immediately after the Boston Marathon Bombings that the Act was possibly the work of “right wing extremists.”

David Denholm, Public Service Research Foundation President, has spoken at nearly every conference since it went monthly in late 2012, on “Alinsky’s Rules for Radicals” and announced the first two awards at previous conferences.

Nominees for the “Saul Alinsky Smearing Conservatives Award” for each month may be made (preferably including documentation, but any suggestion is welcome) to LeftSmear@FreedomLeadershipConference.org.

The final decision is made by David Denholm and the Conference Board.

Larry Liu, A representative from New Tang Dynasty TV, also spoke at this February Freedom Leadership Conference about the new movie they have made about the Communist Chinese persecution of the Falun Gong spiritual discipline in movie.

Falun Gong is derived from Buddhism but attempted to avoid conflict with the Communist authorities by emphasizing benign values and exercise.  But after surpassing the membership size of the Communist Party in China, they have been persecuted, tortured and imprisoned.  Their new movie documents this.

United States Intelligence Council, whose Program Director Richard Buck doubles as the Conference Event Coordinator, said that tentative agreement was reached at the Conference Leadership dinner discussion with Larry Liu to show a private screening of the new movie, Free China: The Courage to Believe.  Liu joined the dinner meeting of the Leadership Council before the conference began and was then invited to make impromptu remarks about the movie at the Conference itself.

Dr. Roger Canfield, author or co-author of two books published by USIC which reached 1 million circulation, and a more recent book documenting how the American “new left” helped the Communists win in Vietnam (see Americong) originally referred the Falun Gong representative to USIC and the Conference, and will be invited to address the conference by video (most likely Skype).

The tentative date for the private screening of Free China: The Courage to Believe, is scheduled for 9/11/13 at the Freedom Leadership Conference to be sponsored by USIC in northern Virginia.

It is anticipated that the movie screening will be available for anyone who is interested (instead of the usual private conference for members and provisional members only).  To be placed on the invitation list, write RSVP@FreedomLeadershipConference.org (please indicate: interest in complimentary provisional membership, or in the movie only).

Now with a monthly schedule in its 14th year, the Freedom Leadership Conference has had 58 conservative cause sponsor organizations and publications after first being called the “Western Conservative Conference on the West Coast, before moving east (this includes the next two months of scheduled conferences).

The Fairfax County Taxpayers Alliance provided its own President, Arthur Purves, as the keynote speaker at the March Conference.  FCTA First President Tom Cranmer is also a founding member of the new monthly Freedom Leadership Conference, where he has been both a speaker and a moderator at most functions since late 2012.

Previous to these recent conferences, the Freedom Leadership Conference had been an annual event, with the most recent one sponsored by American Border Control on November 11, 2011.  Started 14 years ago, the conference was originally a several days long affair with up to 40 conservative cause groups and publications sponsoring panels and speakers in one weekend in southern California.

Recent conferences have included a “Lightning Round” where members and provisional members may address the conference for one minute about any recommendation they wish to make for how to influence public policy, educate our fellow Americans about our philosophy or about candidates for office they support.  Between 5 and 7 speakers have availed of this opportunity at recent meetings.

Speakers for the “One Minute Lightning Round” are chosen on a first come first served basis – either by advance email or if there are any remaining slots then at the conference itself.  You may write to RSVP@FreedomLeadershipConference.org to request a one minute speaking slot.

How to get an invitation to the Conference

A private conference, only members and provisional members are admitted to attend FLC and only after they have sent an advance RSVP to respond to the invitation they have been sent.  There are no dues or required donation or fee for admission (although a $5 donation is requested at the door, and those already accepted as Members may be invited to the Leadership Council dinner with the keynote speaker).

To become a Provisional (or temporary/candidate) Member of the Conference you may make inquiry at RSVP@FreedomLeadershipConference.org.

A new category of “Subscriber” to the Conference has been created to allow for those who may simply wish to be kept informed but do not wish to attend in person.  A Conference Subscriber” will be sent email bulletins to announce each blog post such as when we place the full text of the remarks of the keynote speaker and video recordings of speakers on the website, plus announcements of future meetings (date, sponsor, topic, speaker but not location – the latter being provided only to those who are approved as Provisional or full conference members).  To be listed as a “subscriber” and be sent email bulletins when new posts are placed on this website, ask at RSVP@FreedomLeadershipConference.org.

To learn how you can make application to be a member of Freedom Leadership Conference and be invited to attend future conferences please write RSVP@FreedomLeadershipConference.org.  You may also inquire about your organization being a sponsor of the two remaining open dates for 2013.