The free Freedom Leadership Conference GOP Debate Watch at 8 PM at Marriott Residence Inn, Fair Lakes PA sponsored by Gun Owners of America and Secure America Alliance will feature commentary (during commercials) by GOA Executive Director Larry Pratt as well as his after debate commentary while attendees cast their ballot to decide WHO WON? 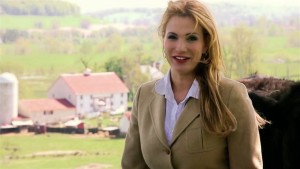 “What has happened in Virginia tells a larger national story about the disproportionate influence the environmental movement exerts over public policy. …Boneta, and other citizen activists, have found a way to level the playing field…” -Daily Caller (Boneta to speak Wed. 9/16 at Freedom Leadership Conference)

Martha Boneta, the private property activist whose defense of her own farm and our private property rights has been under continued assault by a coalition of government and supposed “environmental interest groups” has just accepted our invitation to attend the conference and update us on her most recent court skirmish that very same morning.

Larry’s remarks at the conference will focus on the importance of the No Amnesty issue and how speaking out about this caused the outsider GOP candidates for President to move to the top of the poll rankings.  The longstanding conservative activist, Executive Director of the Conference major sponsor Gun Owners of America, is making his second appearance at a Freedom Leadership Conference.

You can visit the conference Eventbrite page to reserve your spot at the dinner, the conference or just to let us know you can attend the GOP DEBATE WATCH (and paying in advance saves you money instead of paying at the door for the dinner).  Or you can simply send us an email to reserve your spot at 5:30 PM dinner, or 7 PM conference or 8 PM GOP DEBATE WATCH: RSVP@FreedomLeadershipConference.org.