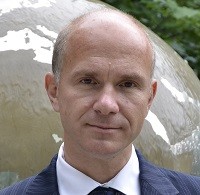 US Intelligence Council to Co-Sponsor Freedom Leadership Conference to Warn, US must counter China’s Invasion of Western Hemisphere Now

The author of over 170 works including the book, China on the Ground in Latin America, will be a principal speaker at the Freedom Leadership Conference this Thursday evening, February 17, to warn of the threat to America posed by Communist China’s advances in the Western Hemisphere.  Conference Co-Sponsor United States Intelligence Council presents Dr. R. Evan Ellis at the Wingate by Wyndham Hotel, off Route 50 near Route 28, 3940 Centerview Drive, Chantilly, VA, at the conference from 7 to 9 PM, also the site of the “Governor Forum” presented by Americans for the Trump Agenda.  (advance ticket required, register HERE).

U.S. Intelligence Council is an original, founding “primary sponsor” and organizer of Freedom Leadership Conference 18 years ago and a conference sponsor every year since then.

Dr. Ellis has testified before the U.S. House of Representatives, Foreign Affairs Committee, Subcommittee on the Western Hemisphere, warning that Communist China’s “expanding economic presence and commercial capabilities in the region in areas such as logistics, telecommunications, and space gives it numerous options for shaping the outcome of a crisis involving the US and our allies in Asia…”

Dr. Ellis concludes his Congressional testimony by further warning, “while public discussions of security challenges to the United States in the hemisphere correctly focus on issues such as drugs, organized crime and terrorism, they seldom include the equally important consideration of how, in the undesirable event of a major conflict involving the U.S. elsewhere in the world, our adversaries could use their commercial position and assets to impact U.S. coalition formation, deployment, sustainment, and political will.” 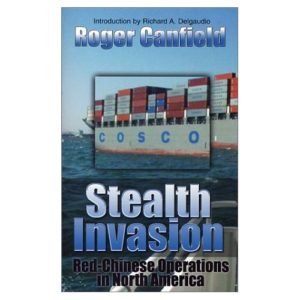 The writings and Congressional testimony of Dr. Ellis are an excellent and sober update to the warnings issued by United States Intelligence Council in the past, including the 2002 book Stealth Invasion: Communist Chinese Operations in North America, the 2002 book China Doll: Clinton-Gore and the Selling of the U.S. Presidency, by USIC Executive Vice President, Dr. Roger Canfield (then the Executive Director), and Peril in Panama: Red China as Gatekeeper of the Panama Canal Threatens New Missile Crisis, by the then USIC President.  The three mail distributed books had a combined circulation of over 1.6 million. 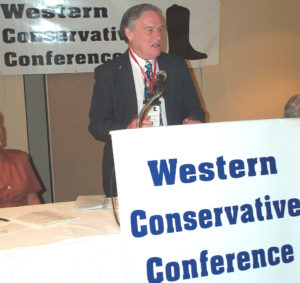 Dr. Roger Canfield sounded the warning way back in 2000 and 2002 with his two books published by U.S. Intelligence Council which detailed the invasion by Communist China of the Western Hemisphere; his work included original research including participating in “fact finding missions” to Panama and speaking at the Freedom Leadership Conference 18 years ago.

Dr. Ellis is invited to make informal remarks and will engage in discussion during dinner from 5:30 to 6:30 PM (doors open 5 PM) and then will address the conference sometime between 7 and 9 PM under the auspices of conference co-sponsor US Intelligence Council (USIC).  Advance Registration is required to attend.  Tickets for either the conference ($5) or the dinner ($35 including conference admission) are available, register HERE.

Dr. Ellis will be introduced by Conference Event Coordinator and US Intelligence Council Program Coordinator Richard Buck, who will also address the conference which his organization helped organize 18 years ago and has been a sponsor of every year since.

In addition to USIC, an original conference organizer and primary sponsor from 18 years ago and every year since, the Thursday evening Conference also features a “Governor’s Forum” co-sponsored by Americans for the Trump Agenda and the Fairfax Free Citizen.  Virginia Governor candidates Corey Stewart and Denver Riggleman have confirmed to speak to answer the question, “how would you as Virginia Governor help enact the Trump Agenda?”  Frontrunner Ed Gillespie continues to assure conference organizers of his interest and that this event is “on his schedule” (say his staff), while not confirming that he will in fact come to speak to conservatives Thursday night.