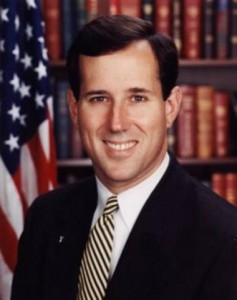 Author to speak this Wed., August 21 at Freedom Leadership Conference

Jim Wright to call on Christians to Act, not just speak of their faith

Senator Rick Santorum has written a very strong endorsement and introduction for the book whose author will be one of the two principal speakers at the Freedom Leadership Conference this Wednesday in Northern Virginia, sponsored by Birthmother Ministries.

“Our nation’s founders knew the essential importance of religious liberty. The American Revolution was as much about liberty as it was about taxation. In 18th Century America the term “pursuit of happiness” meant the pursuit of the morally right. The free exercise of religion is that pursuit of happiness. Readers of this book will be encouraged and empowered to engage the culture as bold witnesses for their faith.

“The book will embolden believers to break free from the false constraints of prevailing misconceptions. Misconceptions popularized and perpetuated by the anti-Christian secular Left and its allies in law, media, education, and entertainment that Christians are legally relegated to the status of passive observers on the sidelines of American life.

“People of faith aren’t just allowed to participate vigorously in the public arena of our democracy, they are called to do so. Bloom and Bailey’s book will give them a clear path to participation.”

Bloom’s keynote remarks will feature some of the key points made in his book, as well as a visual tour of the state capitol in Pennsylvania which strongly rebuts the “separation of church and state” crowd.

The visual “tour” of the capitol offers irrefutable proof that the founding fathers of America and of the Commonwealth he serves as a State Representative, did not mean in adopting the First Amendment, to banish religion from government and from the public square, but to protect people of faith and their churches from the government.

The second principal conference speaker for Wednesday evening will offer both a challenge and a solution to fellow Christians.  The challenge to us as Christians, Jim Wright is prepared to assert, is that in the midst of all of the abortions we see in America, can we do something to help show our faith?  Specifically, asks Birthmother President Wright, can we make a difference to those who have an unwanted pregnancy?  Can we help offer them an alternative that does not cost them the life of their baby?

This is an imperative for all people of faith, Jim Wright will say, but especially so for Christians.

The Wednesday conference, sponsored by Birthmother Ministries (which Jim Wright serves as volunteer President), is billed as “a Conference for People of Faith.”  The Conference, founded 14 years ago as an annual event and changed in late 2012 to a monthly, has a different sponsor each month, with 62 different conservative, traditional, patriotic or defense organizations and publications as sponsors over the years.

An additional and new conference co-sponsor has been announced – Americans for Christian Traditions in our Nation.  Pastor Ken Gibson of Red Lion, Pennsylvania, a member of the board of ACTION of PA, will also address the conference.  Pastor Gibson has been the local coordinator for the annual “Day of Prayer” rally each year for the past several years.

The monthly Freedom Leadership Conference always begins with a complementary coffee, tea and dessert social at 7 PM with the program starting at 7:30 PM and adjourning at 9 PM (with another half hour social).  The deadline for registering for the free Wednesday evening conference is Tuesday evening, 8/21, which can be done HERE.

The letter from Representative Bloom inviting you to attend and providing more details (together with the conference flyer) is HERE.

Those who are on the Conference Leadership Council will also host a dinner honoring the two principal speakers of this month’s conference at 5 PM.

The book, They’ve Crossed the Line: A Patriot’s Guide to Religious Liberty, will be available on a “first come first served” basis at the Conference, with first call going to those who attend the conference dinner.